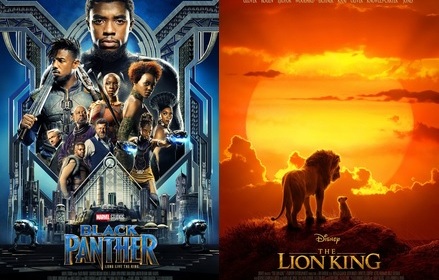 The highly anticipated sequel to 2018’s Black Panther will feature a crossover with this year’s live-action remake of The Lion King, studio executives and film directors confirmed at a recent panel.

“Ryan approached me about the idea, and I thought it was great,” said Jon Favreau, director of 2019’s The Lion King, and referring to Ryan Coogler, director of Black Panther. “I mean, the movies have so many similarities already that it it’s really ideal territory for a crossover. I mean, you know…cats…Africa…royalty. It’s all in there, right?”

Coogler added, “No, it was actually Jon’s idea. He just really wanted to be able to direct another Marvel film–and maybe a good one this time after his last one. So he came and begged me for a chance to get involved. And, really, can you blame him?” Favreau directed the first 2 Iron Man films in 2008 and 2010, respectively, and has since appeared in other Marvel films in the role of Happy Hogan. Coogler went on to add, “Favreau’s Lion King was heavily influenced by Black Panther, anyway. I mean, that whole thing of the young new king being visited by his father’s ghost in the spirit realm or whatever? That definitely happened in my movie too.”

“I’d just like to point out that the original Lion King did that first back in 1994,” Favreau then responded.

“But Black Panther was based on comic books from as far back as 1966,” Coogler expounded. “I think it’s pretty clear who was influenced by whose work here.”

Favreau retorted, “What, seriously? You want to step outside and settle this once and for all?” Mr. Favreau and Mr. Coogler were both unavailable for further comment. William Shakespeare was also unavailable for comment on the matter of a young prince avenging his ghostly father’s death against an evil uncle.

Early teasers for the ambitious sequel have featured Simba (Donald Glover) telling T’challa/Black Panther (Chadwick Boseman) that “he lives in you,” referring to T’challa’s father, King T’chaka. Teaser footage also features a flashback clip of T’challa walking through the forest with Simba, joining him in a familiar chorus of “I Just Can’t Wait to Be King.” The pair is accompanied by comedic duo Timon and Puumba, portrayed by Anthony Mackie and Sebastian Stan.

Black Panther II: Simba’s Pride is slated for a 2021 release.