The Snyder Cut is WAY More Awesome than Originally Thought 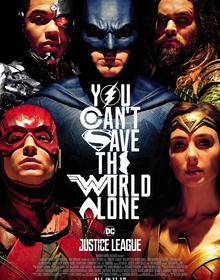 BURBANK, CA – Over two years ago, Justice League was released in movie theaters and became an instant smash failure. Even DC fans did not defend the movie, but began to claim that the the so-called “Snyder Cut” would rehabilitate the film’s reputation. Originally believed to be a myth, it appears that the Snyder Cut does, indeed, exist, and that it’s more awesome than anyone originally believed.

Rumors recently surfaced that Henry Cavill, the actor who played Superman in Justice League, was being cast to play a mutated human being with a metallic skeleton and retracting claws in his hands. The movie studios involved quickly moved to declare this was an unfounded rumor.

Our well-placed sources inform us that this movie has already been made — it’s the Snyder Cut. Zack Snyder’s brilliant insight was to completely change DC’s central characters into better ones. Instead of a super-powered alien from a distant planet, Superman was reimagined as a Canadian born with the mutant X-gene. Military experiments infused his skeleton with the hardest metal known to man, and he had large knives attached to his fist.

Superman was not the only re-cast character in Mr. Snyder’s brilliant new vision. All of the characters in the movie were boldly reimagined. While we have fewer details about these, our sources have kindly confirmed the following details for us:

The final product would have been called Dawn of the Man of Adamantium. It may have been DC’s Last Stand, but it would have at least gone out with a movie that was better than other DCEU entries by a factor of X2.